A new concept trailer for the new Netflix sci-fi drama Sense8 teaser has been released today. In this show of Sense8, which starrer with international actors Daryl Hannah and Naveen Andrews among their international casts. 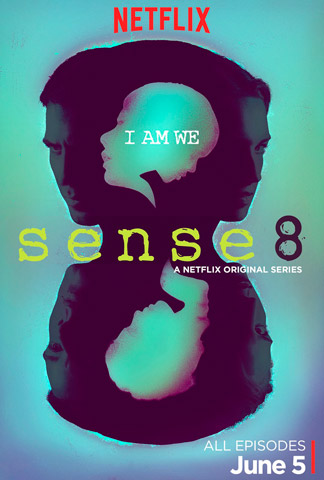 The story sketch of this new Netflix science friction TV-series revolved around a group of people around the world those are suddenly linked mentally, and must find a way to survive being hunted by those who see them as a threat to the world’s order.

These follow the lives of eight ‘sensates’ around the world who experience a violent vision followed by the ability to connect with each other’s thoughts, actions and emotions.

Suddenly, these eight strangers must piece together how and why this happened before a mysterious organization hunts all of them down and destroys their eight ‘sensates’ among them.

The first episode teaser of season8 is all about the triticale and suspense of the show.

Sense8 marks the Wachowskis’ first TV series– and is one of Netflix’s most ambitious offerings to date.

This is one of the eagerly awaiting TV series of the year 2015. International star cast and most talented directors and writer ready to thrill the world ones again with the series of Sense 8.